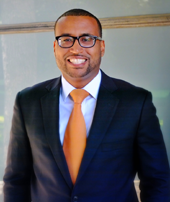 Gabriel Reyes ('08 CLS) is a native Spanish speaker and frequent traveler. Gabriel is comfortable communicating with colleagues and clients from a range of cultural backgrounds. In 2016, the Instituto de Estudios Comparados en Ciencias Penales y Sociales (INECIP) invited Gabriel to Buenos Aires, Argentina, where he helped train trial lawyers in the country’s newly adopted adversarial mode of trial proceedings. He continues to aid the development of the jury trial system in Latin America through his participation in ALACIPE, an innovative online learning platform.

In 2017, Gabriel received an appointment as an adjunct professor at the University of North Texas School of Law. He continues to teach there and works with students enrolled in the Practice Foundations courses, which focus on interviewing, counseling, negotiation and conflict resolution skills.

Gabriel began his legal career as a tax associate serving corporate clients at the New York office of Weil, Gotshal & Manges LLP. Realizing that his passion was in working with individual clients and helping to improve their lives, Gabriel later transitioned to criminal defense work. He accepted an offer from the Federal Public Defender's Office for the Western District of Texas, which led him to work on the US-Mexico border. Later, Gabriel transitioned to the Federal Public Defender's Office for the Northern District of Texas. For a brief period in 2015, he also worked for a criminal defense attorney in New York City. Through these engagements, Gabriel has distinguished himself as a skilled trial and appellate attorney.

Throughout his career, Gabriel has appeared as attorney of record in hundreds of federal matters. These matters range from misdemeanor violations to drug conspiracies to complex mail, wire, tax and bankruptcy fraud cases. Favorable results include dismissals, pretrial diversions, and probationary dispositions. Gabriel has tried seven cases to jury verdict in federal courts as lead or co- counsel. These cases involved fact patterns ranging from drug conspiracy to bank fraud to the prosecution of an investment scheme under the mail and wire fraud statutes. He has also argued at the Fifth Circuit Court of Appeals and filed several briefs there. In 2015, Gabriel obtained a not guilty verdict while serving as co-counsel on a case that exposed his client to a 15-year statutory minimum sentence.

Currently Gabriel serves on the Columbia Alumni Association of Dallas Fort Worth's Board of Directors as its Secretary.  Be sure to say hello at events and gatherings!!